Brian and I have four children. Two of our children, Courtney and Natasha, were each born with a profound hearing loss.  Courtney’s cochlear implant processor was turned on when she was 28 months old and Natasha when she was 13 months old. Both girls attend our private independent Christian school. In June 2008 we flew to St. John’s, Newfoundland where they were each implanted with their second cochlear implants, now becoming bilateral recipients. Courtney is prepping for high school graduation in June 2014. She is looking forward to attending Red River College and its Culinary Arts program starting January 2015. Natasha is 12 and in grade 7. All of her language skills are on par with her peers. 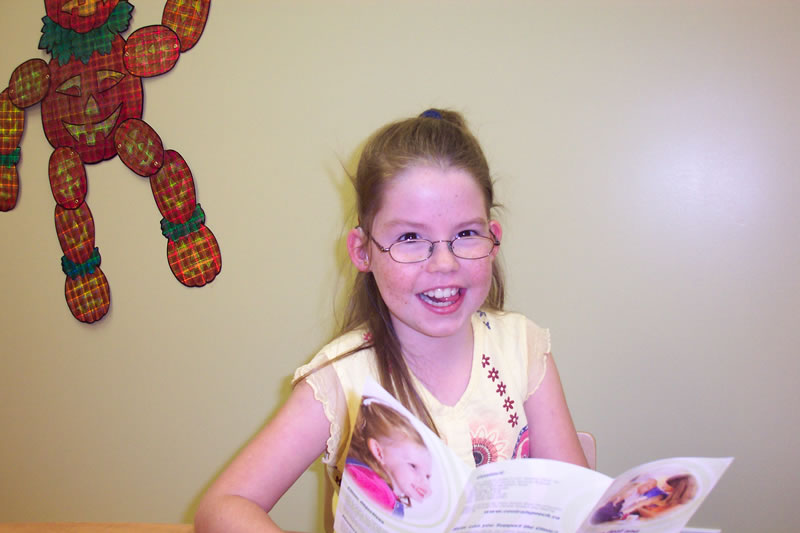 When Courtney was initially diagnosed, Brian and I had never heard the concept that children with a profound hearing loss could learn to listen, hear and speak. With help from the AV (Auditory-Verbal) therapists at Central Speech we quickly learned that the impossible was possible! Even though Courtney could not hear much with hearing aids, she was able to learn that sound had meaning, i.e. there was a 2 syllable sound you had to make when you answered the phone (she said “Ah-Oh” for “hello”). After her cochlear implant was activated her expressive and receptive language grew by leaps and bounds.

Courtney was the first student with special needs in our school. With the help of the AV therapists from Central Speech the teachers and educational assistants learned how to work with her and, over the years, to help her catch up to her peers and thrive among her family and friends. As Courtney has paved the way for Natasha, the road into school for Natasha was a little smoother. Teachers and educational assistants continue to need direction every year and Central Speech is pivotal in that role. In the elementary years the AV therapists would come to all the IEP (Individualized Education Plan) meetings. As their direct involvement with the girls decreased, so did their attendance at school meetings. However, the training we as parents received from the AV therapists has allowed us to continue the school’s training on our own, knowing that if we ever needed assistance they would be there for us.

One of the girl’s grandmothers has severe rheumatoid arthritis. Her hands are quite disfigured. She also lives in another province. Because the girls have learned to listen, hear and speak, they can talk to Grandma on the phone and have intimate conversations when she comes to visit, or we go there to visit. Because of Auditory-Verbal Therapy, they are an integral part of our school and church community.

Courtney and Natasha, as well as their brother Leonard, play in the school band. (Big sister, Sam, is currently in college.) This year, five schools from across Canada came together for a Mass Band Concert here in Winnipeg. Our school was the hosting school. There was one band from B.C., one from Alberta and two from Ontario. There were a total of 215 students! There were at least two other students with special needs on stage, besides our girls. Needless to say I saw the first song played through a cascade of tears. 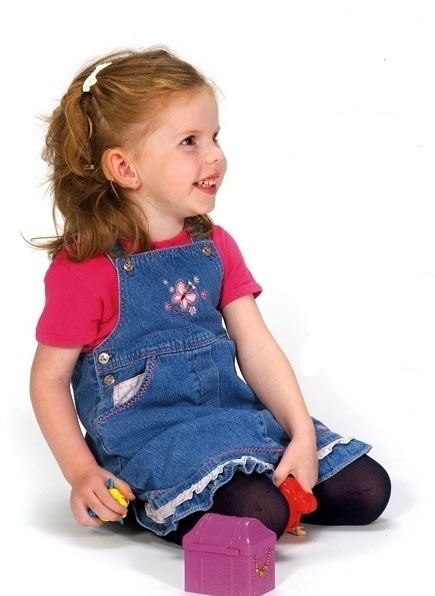 Natasha is our musician. She plays in the school band, plays piano and is constantly listening to music. Both girls love sports and join whatever extracurricular activity they can. Family games can become highly competitive and vocal! Meal times, especially in the evening when the whole family sits around the kitchen table, have become a time to share our days. Wanted (and sometimes unwanted!) advice is both given and received from all members of the family.

Central Speech and Hearing Clinic continues to play an important role in Courtney and Natasha’s lives. Once a year, or when help is needed, the girls go to the Clinic for a yearly hearing and implant check up. As the accomplishments of the girls add up, we are very thankful to God that Central Speech and Hearing Clinic could be a huge part of our lives. All the hard work of the founding families to get the Clinic up and running, the Executive Director, Pam Campbell, the AV therapists, the Audiologists, the Executive and the Board who ensure the smooth and continual running of the clinic, is priceless. We could not be more thankful for their presence in our lives.