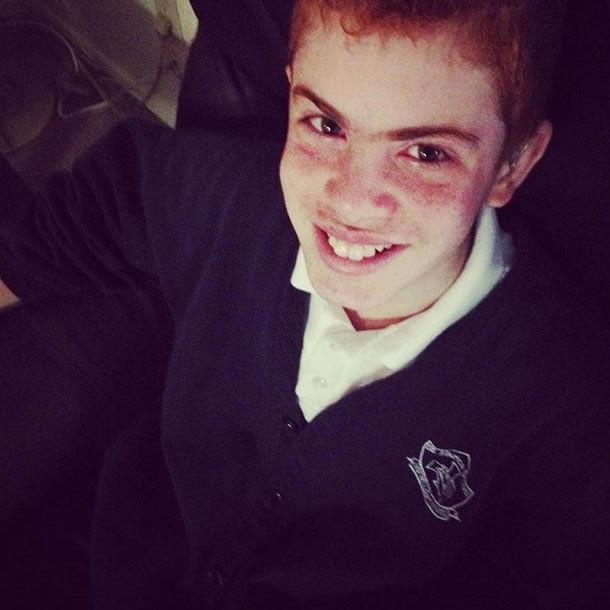 My son and I came to CSHC desperate for answers. We had been trying so hard to understand how to help him. Aiden was born approximately 4 weeks early. Everything was perfect. I noticed at the age of 2 that there were some major differences between him and his peers his age. His friend who was 2 months older than him was speaking in sentences, interacting a lot more, even just chattering to himself. Aidan wasn’t. I brought up my concerns with our doctor. While he was very supportive, I was told that Aidan was considered pre-term and would therefore have delays and that he would catch up.

A few months later my concerns boiled over again and I once again returned to my doctor for support. Again, I was told to give it time. This happened a few more times. Then, when Aidan had just turned 4 in June of 2008, a social worker attended his daycare to do an assessment. She noticed that Aidan was delayed and set us on the right track. Aidan’s hearing was tested and it was found that he had moderate to severe hearing loss in his right ear and mild hearing loss in his left ear. His left ear was aided by November of 2008. Speech pathology was suggested at the time but was never followed through on.

I was overwhelmed and not sure where to turn and who else could help. This time was very difficult for us. Aidan had since started in a new daycare and was almost expelled from the daycare as he “would not listen and was a safety hazard because he would run away from his group”. I explained that we had just found out about his hearing loss and asked for some patience. Once I had informed them of this set back, his daycare and subsequently, the school that is connected with his daycare jumped into action to help us secure teaching aids and other funding for Aidan throughout his academic career.

In approximately 2011, a neighbor who attended CSHC and had cochlear implants asked how Aidan’s speech and hearing development was coming along. Both my mom and I expressed to her that we had major concerns. We were trying everything. We introduced ASL, we continued working on his speech just ourselves. It just didn’t seem to be progressing.  Our neighbour spoke extremely highly of CSHC, somewhere I had never even heard of. She gave us copious amounts of materials to peruse and after reading up as much as I could from her materials, I contacted CSHC. Aidan has been in auditory verbal therapy since then and his speech and communication have improved immensely. His hearing in his left ear has since deteriorated further and getting him aided for that ear was a simple process and so much more less hassle than it had been in the past. I cannot express how much gratitude and respect I have for all the staff and people at CSHC. They continue to work with Aidan weekly to help his development continue.