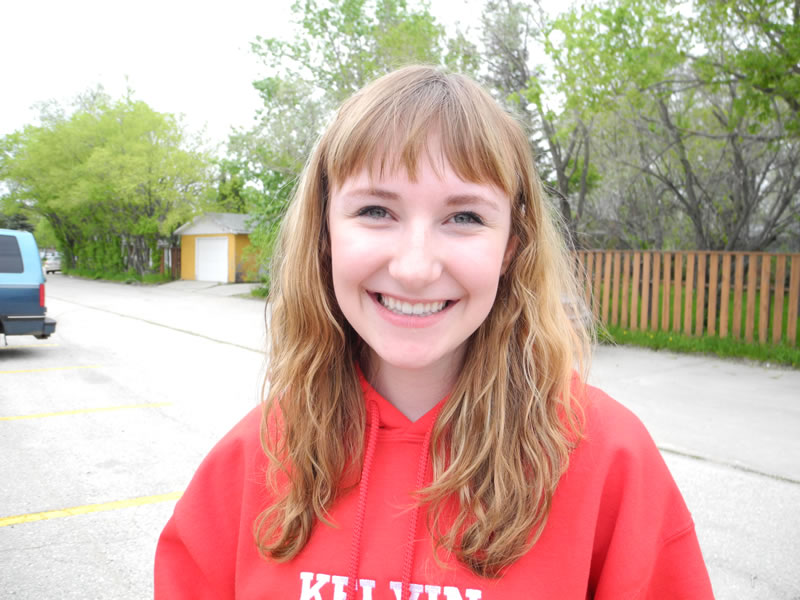 Today is much the same as a hundred times before. Here I sit, bored out of my mind, in an audiological testing booth behind my profoundly deaf 14-year-old daughter who is listening to sounds with her newly activated cochlear implant. She is supposed to push a small black button every time she hears a tone. The tones range in volume and frequency some high, some low, all changing volumes regularly.

My daughter was diagnosed in 1996 with a severe to profound hearing loss at 14 months old. We had friends staying with us for a week and our pal Kitt Campbell, an early childhood educator, became concerned when our daughter failed to react when her name was called. She suggested we have her hearing checked and we scrambled to get it done. Our Pediatric MD got us in to see an audiologist within a week and there we received the horrible heartbreaking news that she was deaf. Really, really deaf. Profoundly so.

We were shocked, saddened, angry and devastated. Family and friends rallied around us telling us that American Sign Language (ASL) was beautiful and pledging to learn it with us. There was no discussion of her learning to hear, the diagnosis seemed final. All I could think about was the fact she would never hear me tell her I loved her and that I’d never hear her say the same to me.

I dove into the research on deafness as a male coping mechanism. It was a way to protect myself, to appear to be doing something and to keep so busy that I had no time to contemplate what it all meant for our family. I wanted a solution, a fix, something that would allow her to remain part of the hearing world.

I was horrified to learn that research stated that deaf ASL students graduating Grade 12 had a reading level of Grade 5. It confirmed that less than .01 per cent of the world’s population could sign and that in most families with a deaf child only the immediate family learned to sign and even those that did rarely became experts at it.

Ever the realist, I was quickly reaching the point of despair.

Then I got a call from an old friend.

He asked if we had heard of the Central Speech and Hearing Clinic. Apparently they took the deafest children and used advanced technology (high-powered hearing aids) to amplify speech sounds. I learned that 98 per cent of deaf children are born to hearing parents and 95 per cent of deaf kids, even those with a profound loss, had some residual hearing and that if we could amplify the frequencies critical to speech she could learn to listen, hear and speak.

If the clinic could find powerful hearing aids that could amplify the speech frequencies she was missing, together we could teach this little deaf girl to communicate. It all seemed a little far-fetched to me. I’d never heard of this before and thought that deaf was deaf.

I am led into a room full of parents and introduced to a gaggle of toddlers with little brightly coloured hearing aids who were talking to me, answering their parent’s questions and playing with other kids. Surely these kids were not as deaf as my daughter. The audiologist assured me that everyone was severe to profoundly deaf and that there was hope for my daughter. I was sold!

I clearly remember the day my daughter got her first powerful hearing aids and I was put to work tying bits of dental floss to each one and pinning them to her shirt to prevent her from pulling them out and losing one. At over two grand each, I tied those little strings tight and spent time worrying about her flushing them or dropping them in the lake. The government picked up most of the tab but I was not taking any chances.

We began attending weekly therapy sessions and, as all new families do, started with the first of the six Ling sounds. The Ling sounds—ah, oo, ee, sh, m, sss—are used to test hearing across the speech spectrum. The ‘ah’ airplane sound would be the easiest for her to hear. To my utter amazement and joy, within two weeks she was saying ‘ah’ at everything and everyone.

Her first word was ‘up’. “Up, up, UP!” I will never forget that beautiful little word.

At age 11 she became a candidate for a cochlear implant. Or maybe I should say the technology became so refined that the clinic thought getting the implant would improve her already great results. So we took her to Toronto to the Sick Kids Hospital where she received a cochlear implant in her most affected ear.

We’d met children in Toronto less than two years old that had two implants, one on the left and one on the right. They could talk like their hearing peers with not a trace of that recognizable deaf speech. The surgeon, Dr. Papsin, told me they had just finished a study that conclusively proved children under two who had been bi-laterally implanted progressed at the same rate as their hearing peers in language acquisition and speech development.

My daughter has attended a regular school with a classroom of hearing children since pre-school. She was the only deaf child in the whole school. We got a teaching assistant to work with her in the classroom and the school’s principal ensured that every classroom she entered had tennis balls on the bottom of each chair leg to quiet the clatter that is hard for her to differentiate from the speech she is looking for. My wife spent many hours pre and post-teaching vocabulary and reading to her each and every night. As parents, we worked hard, but my daughter worked the hardest of all. She never complained, never felt sorry for herself and never gave up trying to learn to listen, hear and speak.

She had a focus and determination that few kids her age seemed to possess which I chalked up to the weekly therapy sessions. Her teachers loved her and worked her hard. She never let them down. By Grade 6 she was near the top of her class in math, English and science.

So, here I am 14 years and hundreds of therapy sessions later, sitting in the familiar confines of an audiological booth at the Central Speech and Hearing Clinic. As I listen the tones in the booth get softer and louder they suddenly stop. My daughter is sitting in front of me and she’s still happily clicking her button. I motion through the glass at the audiologist who hits the talk button and says, “Hi Chris, is there a problem?”

“She’s cheating,” I say. “There’s no sound and she’s still pushing the button.” The audiologist smiles back at me and says, “Yes there is sound, Chris… it’s you that can’t hear it.”

I sit in stunned silence. “She can hear it and I can’t?” I repeat stupidly. The audiologist nods and laughs. I leap up, punch the air and scream, hugging my bewildered daughter as the tears roll down my cheeks. I never thought the day would come when her hearing was equal to, let alone, better than mine.

It’s a modern miracle, and it’s one that every Manitoba parent of a child who is diagnosed with a hearing loss needs to investigate. If we had an early infant screening program to catch infants as young as 10 days old, we could allow parents to make the same decision as I did all those years ago and maybe no child would have to remain in a world without sound.